China's Renewable Energy Use Ranks Top in the World 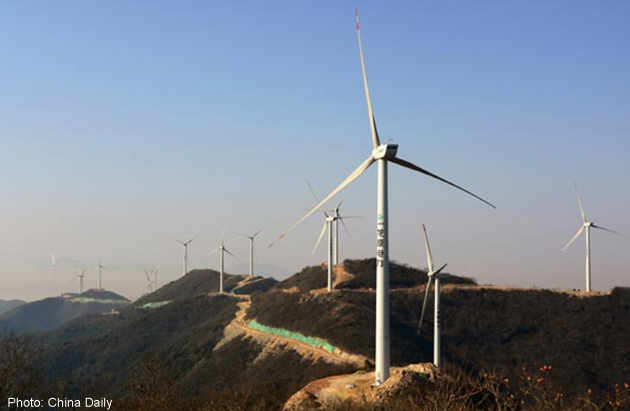 China’s investment in renewable energy hit a record high of US$89.5 billion  in 2014. This clearly shows the country’s vigorous efforts to cut down their energy expenses through its natural sources.  Join the drive toward a clean energy, see how our products can contribute: www.eco.ph

China's renewable energy generation capacity reached 430 million kilowatts by the end of 2014, accounting for 32 per cent of the country's total power capacity, said Shi Lishan, deputy director general of the New and Renewable Energy Department of the National Energy Administration during the fifth session of the International Renewable Energy Agency Assembly held in Abu Dhabi.

According to Shi, China's renewable power generation was 1.2 trillion kilowatt-hours in 2014, accounting for 22 per cent of the country's total power consumption in the last year.

China became a member of IRENA in January 2013, a milestone in international efforts to double the share of renewable energy worldwide by 2030.

Shi said China will strengthen communication on projects and technology in renewable energy industries with other member countries and regions.

Adnan Amin, director-general of IRENA, said China's renewable power generation costs including that of solar and wind energy have significantly reduced, which will help the country to improve its energy structure in the long run."

More in this category: « December Hailed as Record Output Month for Wind Power in Scotland Questions to Consider Before Installing Skylights in Your House or Workspace »
back to top